Death Of The Jackal.

In an old abandoned ship, some horny couples go inside to make out & fuck, but they are not alone inside that old rusted up ship. When the fun seems to be getting good, it all turns to shit instantly when a Doberman dog attacks the horny dudes to a bloody pulp. The dog’s owner whose face is hidden by the darkness and wears a dark coat & hat, pulls out a sword cane and kills the rest of the people inside. From there, we meet sheriff Bob (Mario Almada) who tries hard to capture the killer, but of course more murders are committed by this brutal psychopath as the hunt goes on. When Bob finally catches the killer: it turns out all along it was his brother Roy (Fernando Almada)! Roy ironically was supposed to help him find the killer (eesh). It turns out brother Roy is crazy because he witnessed his mother sleeping with other men & betraying his father, thus this makes Roy see women as betraying whores and wants to rid of them all. Roy is placed in an asylum after his arrest, but he manages to escape quite easily and goes after his poor ol’ brother Bob and his wife!


La Muerte Del Chacal (aka "Death Of The Jackal") is one hell of a fun horror movie. It features plenty of bloody kills intriguing to see and the overall tone of the movie comes off crazy, creepy & dark. The movie also never grows dull since It’s all so damn interesting to see from beginning to end. Fernando Almada playing the killer Roy is such a big treat because this is a role that he plays very well and he truly transforms into an angry psychopath. You can see this in his eyes and those eye expressions Fernando Almada makes in the movie are flat out crazy looking for sure. It’s also wonderful that Roy owns 2 Doberman dogs that are at his orders. Dogs are a man’s best friend after all, right? They chomp on victims before their brutal demises at the hands of Roy. Wonderful, isn't it?


Legendary filmmaker Pedro Galindo III did an amazing job directing La Muerte Del Chacal. This is a must watch if you’re looking into the Mexican horror genre because It’s dark, it’s crazy, it’s creepy and so damn intriguing. It’s also a must see if you’re curious about the Almada brothers. This is one to not miss whatsoever. You would be crazier than Roy if you should decide to skip watching it! So grab your Doberman dog (if you own one), make yourself a michelada & pop some popcorn and enjoy watching Fernando Almada killing people. La Muerte Del Chacal is a classic! 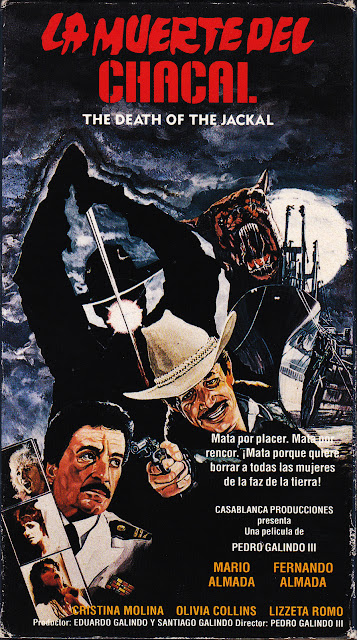 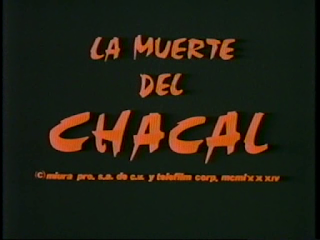 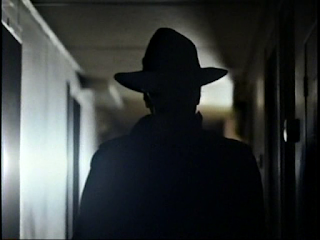 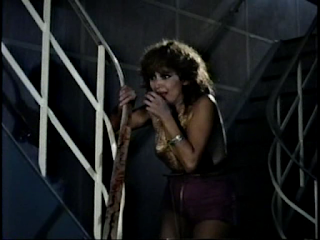 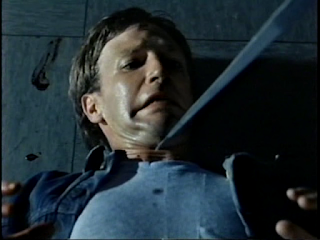 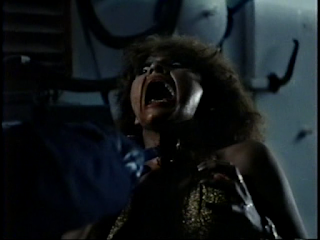 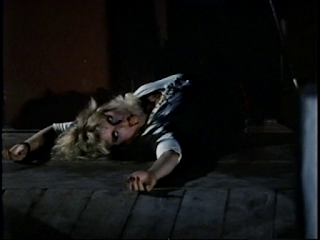 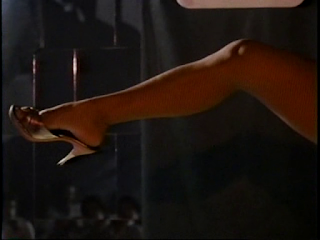 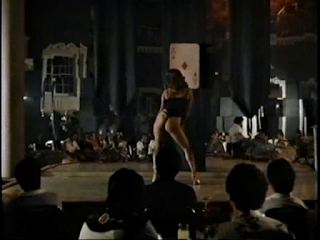 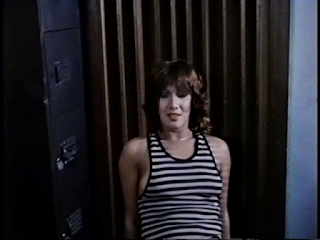 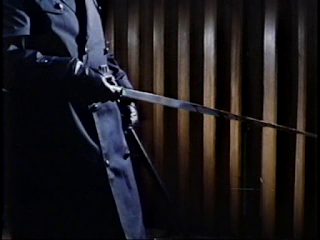 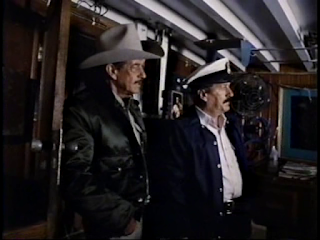 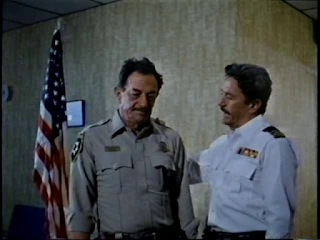 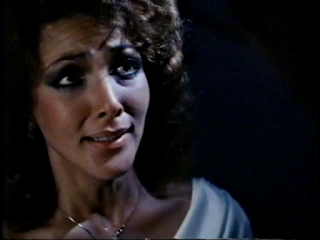 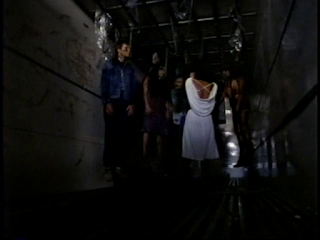 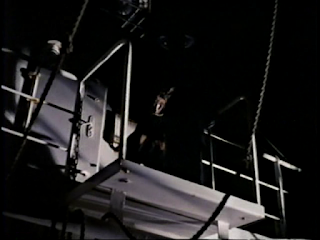 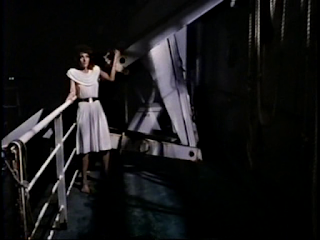 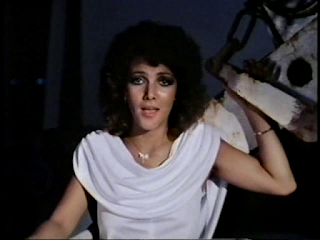 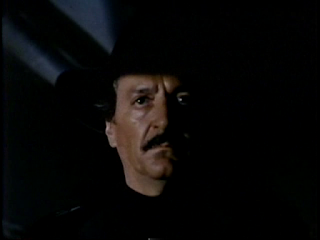 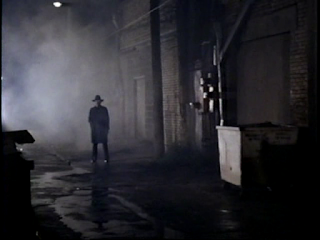 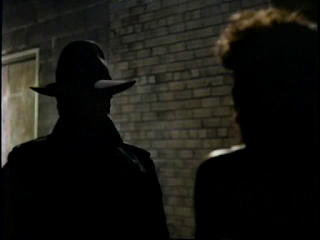 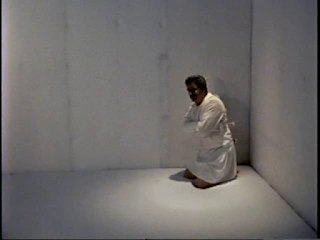 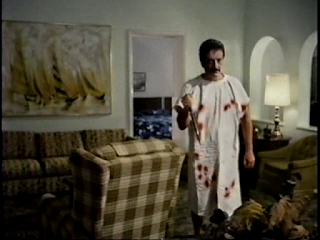 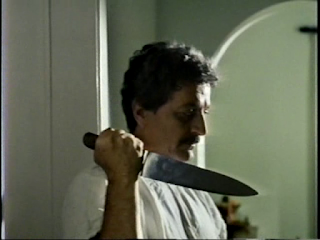 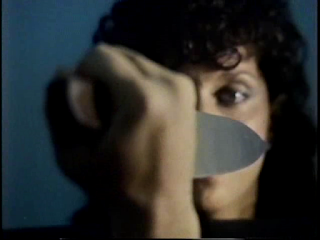 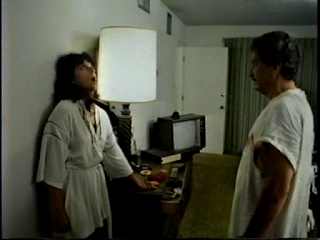 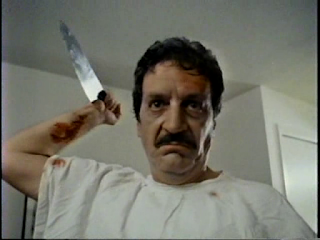 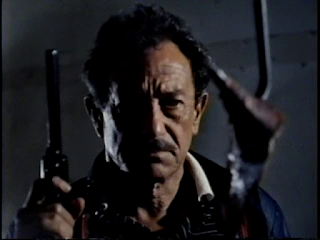