A Texana To Die For.

During the era of The Battle of Ciudad Juárez, A yankee colonel wearing all white with a lame hat is ready to duel with a masked bandit wearing all black clothing & a cool as fuck Texana that has a silver skull on it. The man in white wins the duel and dons the Texana since that lame hat he was wearing before wasn’t cutting it. A ghostly woman in white covering her face in a vail walks by the winner of the duel and he chases after her. When he takes the vail off, he sees true horror and this begins La Texana Maldita!

In the present day (or the year 2000), a priest (Luis Gatica) is on his way to a small town where his car breaks down, but luckily he’s helped by a big guy wearing the infamous Texana whom ends up giving it to the priest as a “gift”. They then get into an accident, the big guy is dead and the priest is recovering at a small home in town where a mysterious old man (Alfredo Gutierrez "El Turco") tells him stories of the Texana and its former owners. It seems all of them were criminals & while the Texana had given them power to achieve in their sinful lifestyle, it had also brought true terror into their lives!

When you look up Mexican horror movies online, you’ll see all the usual & well-known titles listed and maybe at times you’ll see some obscure titles listed as well; but there’s still plenty of titles missing and one of those is La Texana Maldita. La Texana Maldita is 100% horror and like 45-50% crime/narco. La Texana Maldita features a variety of scenes with a ghoulish all-black wearing bandit always haunting the Texana’s current owners. He follows them around & eventually leads them to their deaths. The female owner of the Texana seems to get the better deal since she’s completely bullet-proof & basically bangs the Texana in a corny erotic scene. Other times we get to see creepy torn-up bloody faces appearing to the victims of the Texana, so there's ghoulish makeup-effects in the movie, but amateur looking of course. The charming kind we horror fans love though. Besides the horror stuff; we get plenty of gun-firing scenes like any other typical narco film of the 2000’s and of course features a cast of familiar names of the genre such as Flavio Peniche, Luis Gatica, Eleazar García Jr and Julio Aldama. I also can’t forget the dive bar performance by Los Razos, which at the time was the “badass” group for narcocorridos. I was bummed Los Razos didn’t perform a song with a lot of cursing since that’s what they’re known for, but sadly they do not perform such a song here!

I want to consider La Texana Maldita the first narco-horror videohome, but that would actually go to La Suburban Del Diablo (1997) and its follow-up La Suburban Diabolica (1998). Those 2 came before La Texana Maldita, but they aren’t very known & hard to find as well. Still though; La Texana Maldita is much more entertaining those 2 movies and really deserves a chance at being seen & liked because it is a pretty cool movie. Low-budget? Yes. Very. Corny? Absolutely. Entertaining? Yes. It is also very unique since practically all the videohomes during that time were just strictly about narcos or (poorly) trying to emulate the sex comedies from the 80’s & 90’s. La Texana Maldita was directed by José Luis Vera whom began his career in filmmaking as a cinematographer in the early 90’s and he shot quite a handful of favorite movies of mine and once he started to direct, he was mostly making these narco videohomes that many have been favored by fans of this genre. The movie’s writer: Ignacio Rinza has quite the intriguing filmography since he wrote many movies that José Luis Vera directed and even a few movies that the king of the videohomes/master of shlock Christian Gonzalez had directed. One that caught my eye for me was El Clon De Hitler (*shivers in horror*).

La Texana Maldita is worth a look for sure and hopefully down the line it’s recognized as a Mexican horror movie and not just looked upon as just another narco movie. La Texana Maldita being so cool & all; has a sequel that looks very entertaining. Hopefully I'll get to watch it one of these days and cover it on here. 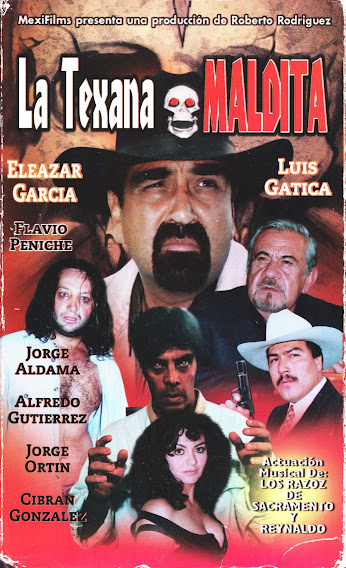 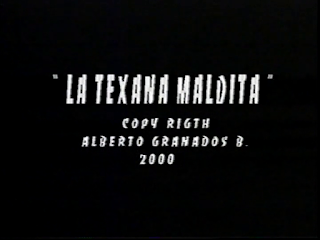 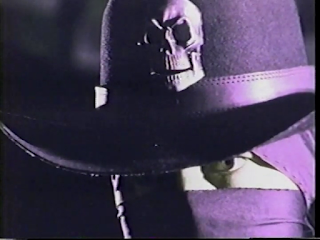 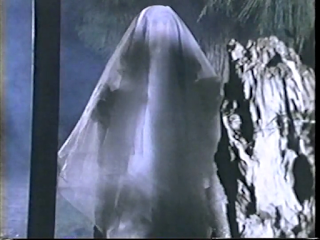 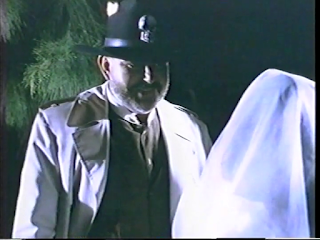 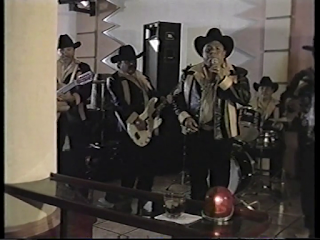 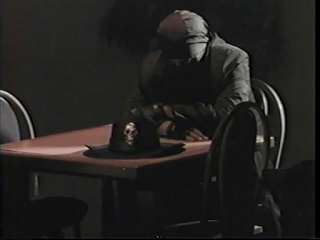 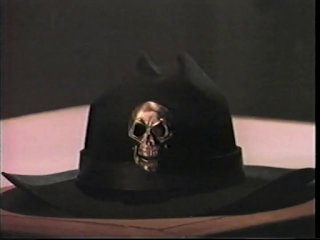 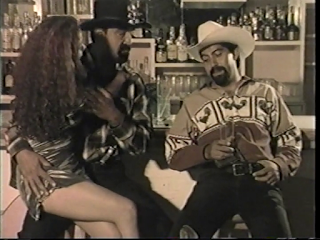 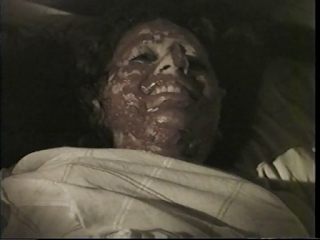 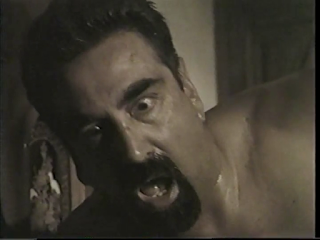 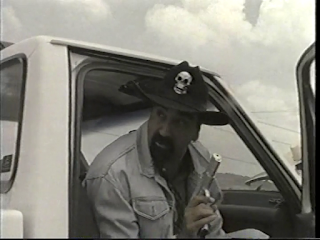 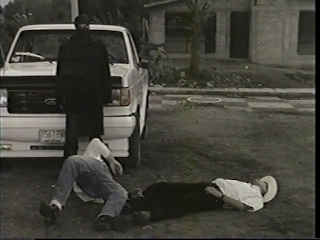 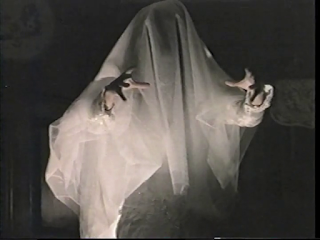 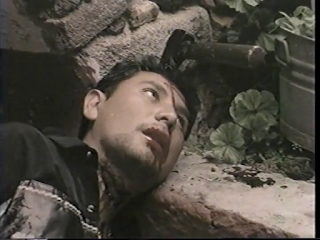 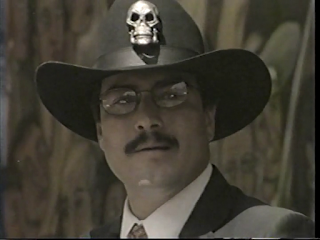 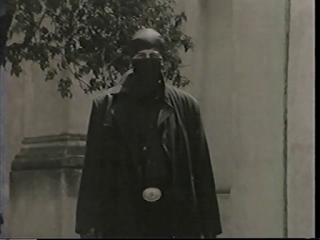 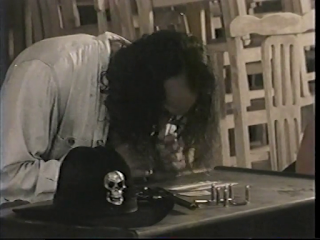 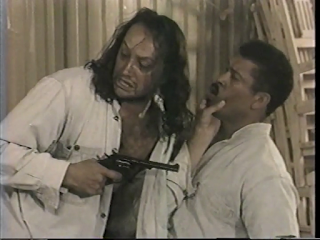 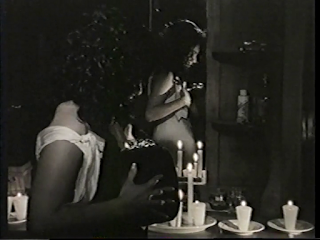 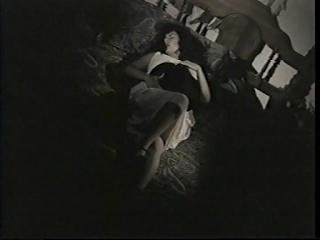 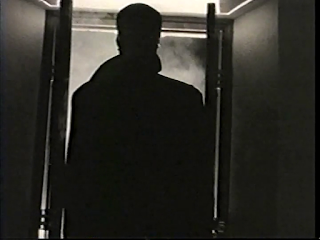 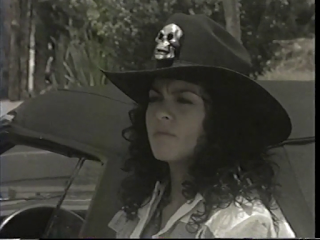 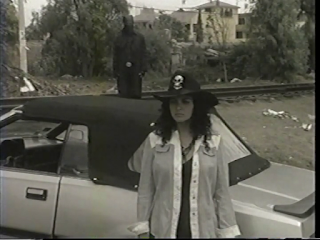 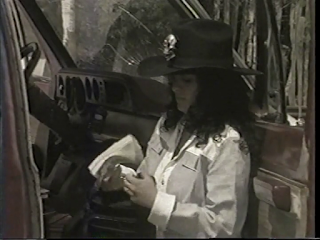 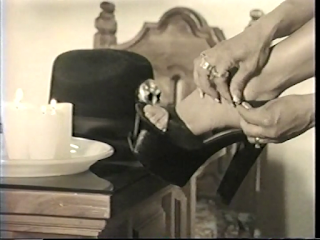 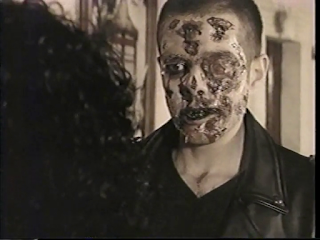