During the mid-70's to the mid-80's; a variety of Mexican films made by producer Ruben Benavides & the Galindo family (Pedro Galindo, Ruben Galindo Aguilar, Ruben Galindo Jr, Pedro Galindo III, Rodolfo Galindo) had become quite the hits and in both Mexico and especially the United States since most of these were filmed out in South Texas. Brownsville being the main town of filming. The movies were very popular since they portrayed what life for the Mexicans in the US was like in those times and some of them were just plain fun movies with thrilling action & madness. What makes these movies even more memorable is the music in them which was all provided by the most well-known media/production music composer known as "Ole Georg". He has quite the fascinating career and you can read more about him and the music on their website: https://www.olegeorgmusic.com 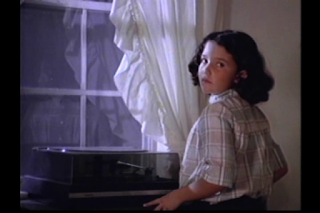 Ole Georg with such high demand from TV & Movie makers from all over; had gathered many musicians to record music with lots of synthesizers, electric guitars, electric keyboards and even trumpets. A lot of these songs are either sad sounding, dramatic sounding or just plain badass sounding. These songs have stuck to a lot of people who grew up watching these movies and for years I've wondered who exactly composed them and if they were even acquirable. A lot of these songs were released on CD's and vinyl records, but very hard to find now a days. Luckily though, there are YouTube channels that have many of these songs uploaded and we must thank these individuals for doing this. I have compiled a YouTube playlist with many of these songs and hope you enjoy it and be sure to subscribe to these channels that have uploaded the songs for our enjoyment! https://youtube.com/playlist?list=PL1MygVMSzZyH17A7JIv5KcoWABpoAvyse

And here is a video mix I've compiled of several movie clips featuring these songs from Ol Georg & company. I may or may not make a 2nd part since there's still many movies that feature these songs & then some. Enjoy!