It’s now the year 2021 and I don’t know what to expect from this year after 2020 was a complete train-wreck! Now I do however know what happens in 2033 and it involves Sergio Goyri in a wasteland where nobody can be trusted, many are dressed in rags & armor, music is played in reverse, there’s some witchcraft fuckery going on and Goyri plays the harmonica and it comes in handy later on. Welcome to Comando De La Muerte (Infernofinis).

In 2033, a deal of precious gems for fuel goes awry! Michael (or is "Mikos?") (Sergio Goyri) and Luke (Jorge Luke) seek vengeance for their fallen comrade "Tuchi" (Gerardo Vigil). They meet with a dude in a Viking helmet who will lead them to the men responsible of the betrayal, but he wants a cargo of high-end weaponry, so he asks Michael and Luke to obtain it for him. As they follow a map that’ll lead them to where the weaponry is at, they travel the wasteland in their hover-sounding jeep where they encounter many freaks & witches of the wasteland trying to kill them!

My first time encountering Sergio Goyri & Jorge Luke in the future was in the movie “Reten” and that movie is fairly fun & weird. In Comando De La Muerte, much fun & weirdness ensues as well. I was quite fond of the costumes that all the characters in the movie wore since they’re all uniquely made & well-crafted to look cool & weird as fuck. The guy looking like a bird? Wow. The guy with the Viking helmet? Basic looking, but still rad. The final boss (at least that’s what I considered him in a way) wears the most strangest steel helmet ever, but my god do I want one of my own. Sergio Goyri wears the typical “I’m the good guy in all-black in the future” outfit with a steel headband. Naturally. I also can’t forget to mention the witchcraft angle in the movie that is so strange but yet quite effective to the story. It just adds even more madness to this journey in the wasteland!

I found it interesting that Alfredo Gurrola had directed Comando De La Muerte (with some help of Intrepidos Punks’ Francisco Guerrero!) and when looking at Mr. Gurrola’s filmography you’ll find many 80’s epic action titles & beloved dramas. Here in the 90’s, Gurrola steps into the future and while he portrays Comando like any other post-apocalyptic movie that emulate & blatantly rip-off Mad Max; Gurrola does add in his unique style of telling a story by having our characters go through a lot of shit to obtain what they need. If you’ve watch the Fuga De Rojo movies then you’ll kind of understand what I’m saying. Both movies are (good but) agonizing because you just want the main character to get his mission over with but has many, many obstacles to get through first! The same can be said about La Revancha as well. Will it have a “happy” ending? Out of the question. The future isn’t happy! Remember this!

Comando De La Muerte has a simple story to tell, but it’s a lot of fun. I was intrigued by its crazy costumes, trashed jungle settings & all around weird post-apocalyptic madness ensuing. There’s also much action going on to keep you going and the final battle is pretty fucking badass. Lots of explosions & shooting. Ahh, glorious..

Comando is a great Mexican post-apocalyptic movie and a double feature with Reten is definitely something to do if you have copies of both movies. 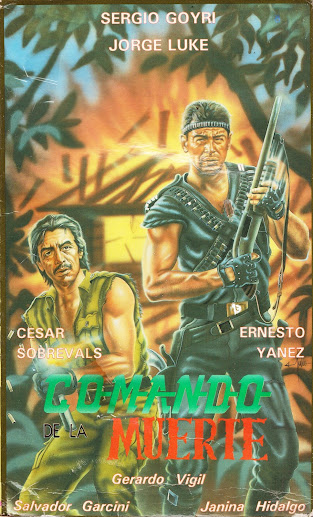 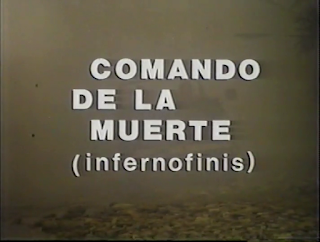 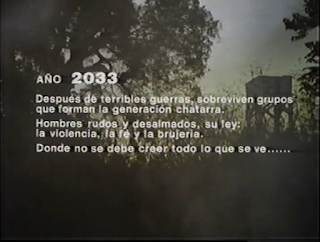 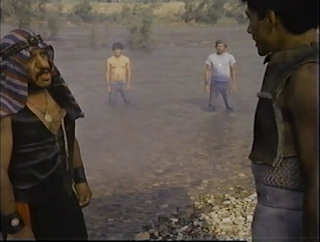 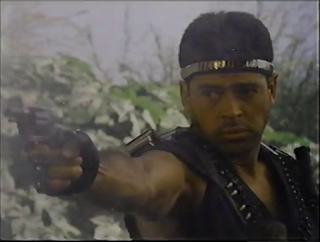 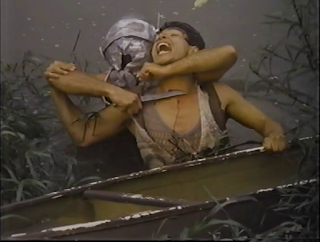 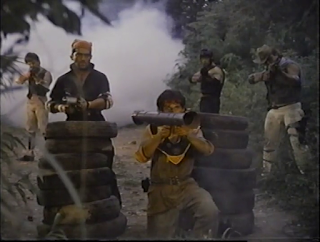 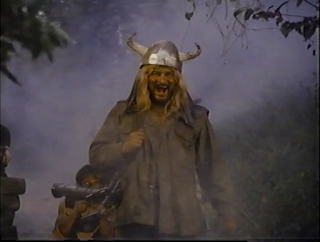 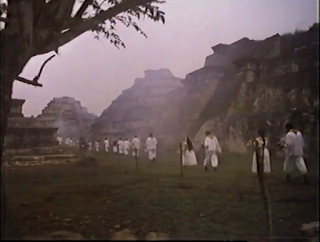 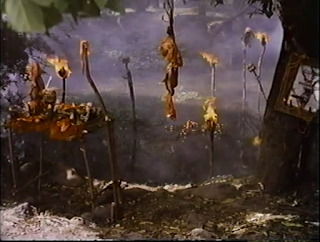 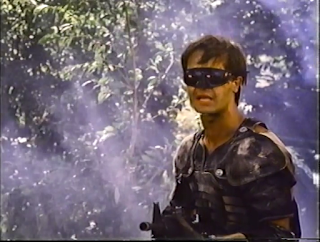 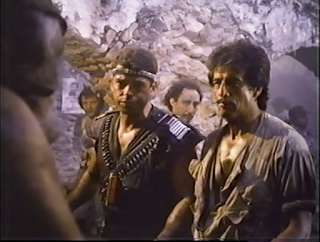 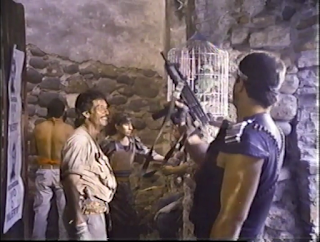 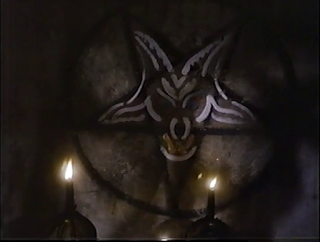 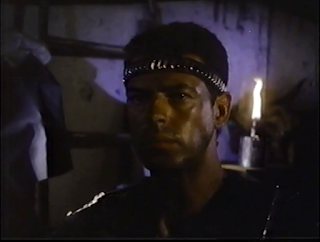 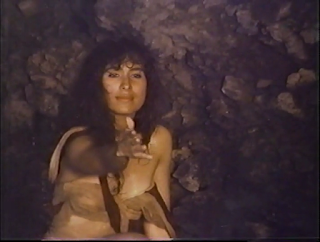 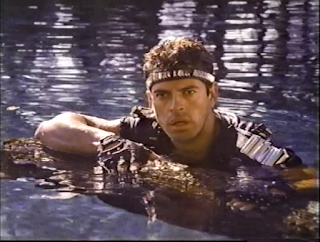 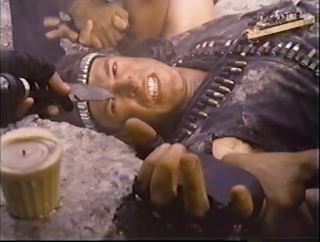 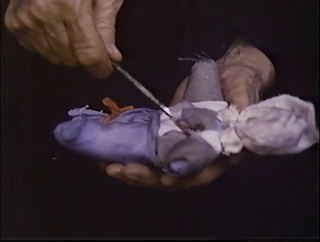 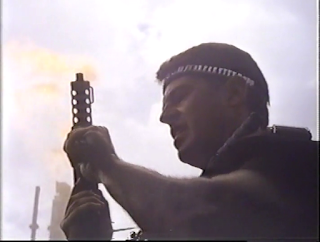 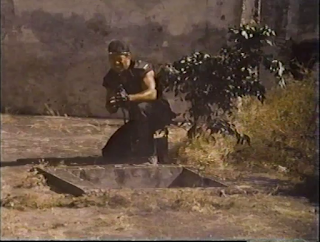 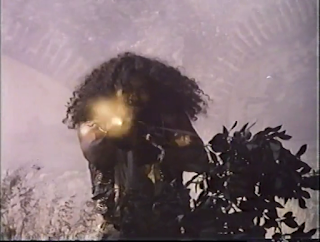 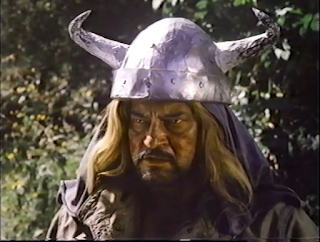 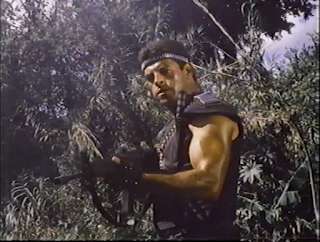 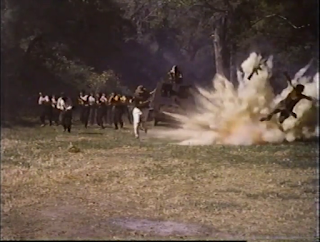 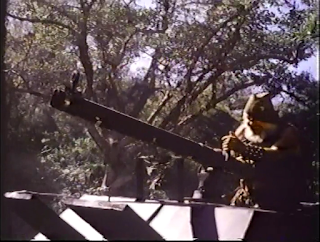 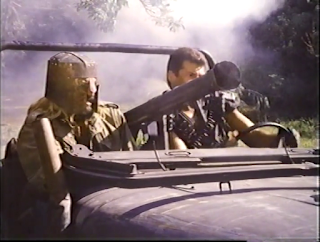 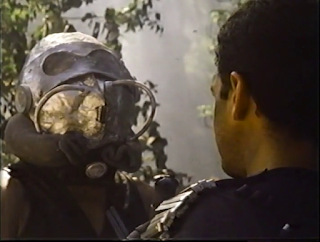 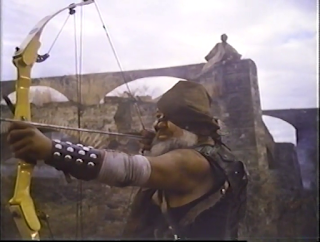 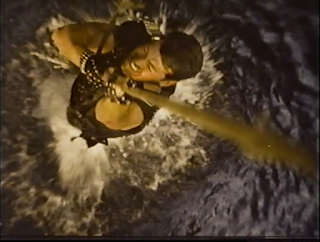