I love putting on a movie I’ve never seen before and the most unexpected & entertaining shit happens in it and that is the case with Ataque Contra Las Pandillas. Now if you read the back cover of the VHS case— then you’d be spoiled so damn badly. That’s if you can even read Spanish of course. In my case, I didn’t even bother to look at the back until after the movie was over. Once I looked in the back I was not even surprised by the enormous spoiler plot outline that was on there since most Mexican VHS from the 90’s & 2000’s have them written up like that and I’m not even sure why either. Oh, well though.

In Ataque Contra Las Pandillas— a biker gang lead by a guy called Cesar (Guillermo Lagunes) are relatively minding their own business by having a grand ol’ time inside a diner where the owner ends up scolding them to leave. Once they hit the road, they’re just riding around looking all badass and seemingly just enjoying life on the open road. Nothing could possibly go wrong right? Well of course something will go wrong. Very wrong. On the very same roads Cesar & his gang ride on, 2 drunken brothers in a red pickup truck go around hassling people they find and even go as far as kidnapping them. When Cesar & his gang settle for the night, it all goes weird & eerie as fuck. They’re being watched by someone through the darkness, a bell sound is heard from afar and several of the bikers are taken away from their camp & murdered. As it turns out, the drunken brothers with the red truck are doing the evil bidding for their witch mother & an old warlock from their town.

Ataque Contra Las Pandillas at first seems to come off like any other biker gang flick out there since we got the leather/denim clad in motorcycles being care-free on the road. It’s like an Easy Rider kind of thing, but that’s of course all ruined when some rural Mexican folks wielding machetes go after them and then the whole witchcraft kidnapping & murder shit happens. Man, these poor bikers. They really weren’t so bad and truly didn’t deserve their good vibes to be turned to shit. It’s funny how the tables are turned in this movie since it’s usually bikers being the ones to torment a town, but this time around it’s the town tormenting the hell out of the bikers. Perhaps it is a warning sign to us all to not go to small Mexican towns we aren’t familiar with. You just never know what you might come across on..

Ataque Contra Las Pandillas has a peculiar tone that felt so familiar and sure enough this was produced by Anita & Ruben Rodriguez and with the helping hands of leading actor Guillermo Lagunes who around the same time had made Venganza Sangrienta with the Rodriguez's. Actress Viviana Rey also appears in the movie as yet again the girlfriend of Guillermo’s character and she also has her hair in dreads just like in Venganza Sangrienta which leads me to believe both movies were either shot back to back or just one after the other. Both productions are from 1996. If I recall, Venganza Sangrienta has some weird slow-motion scenes during intense moments and Ataque Contra Las Pandillas also has slow-motion scenes during intense moments and more than it should, too.

Ataque Contra Las Pandillas is an unusually interesting watch and yet another horror-thriller obscurity unearthed by yours truly. How this movie fell under so many radars is beyond me, but boy am I glad to have seen this & hope others can too. If you like bikers, witchcraft madness/weirdness and seeing a drunken Flaco Guzman laughing a lot— then this is the movie for you to see. This is worth your time. 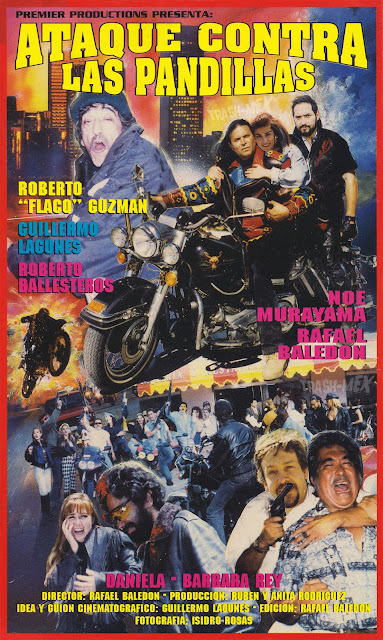 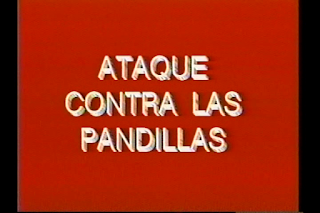 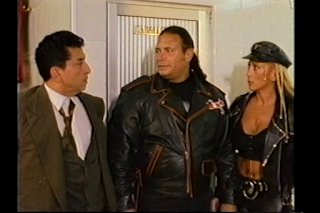 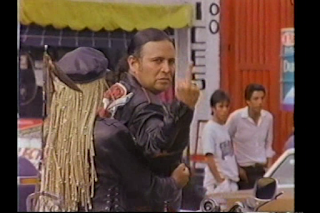 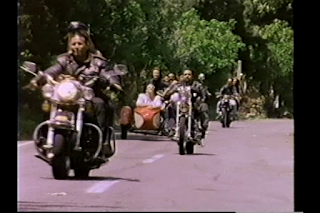 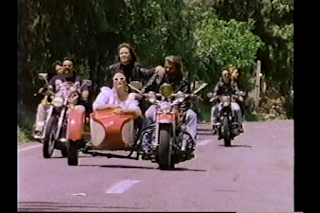 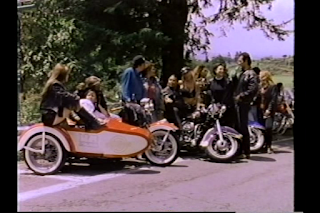 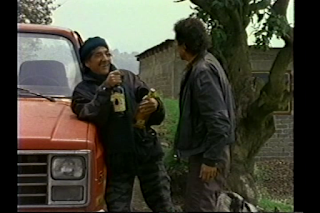 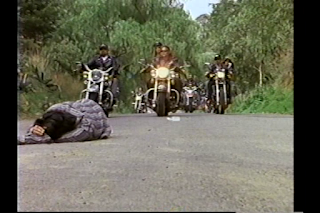 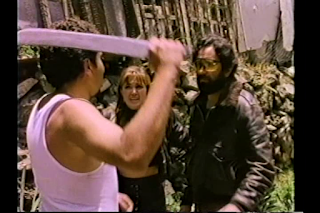 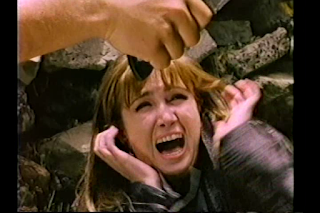 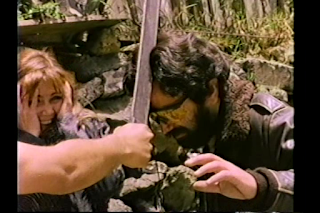 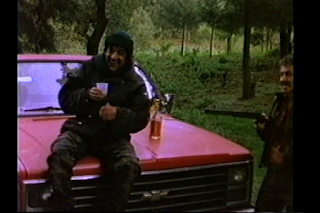 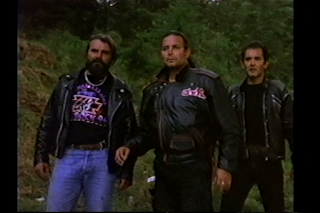 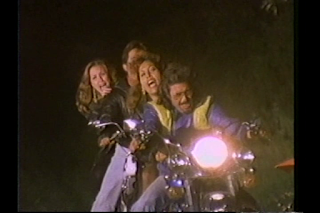 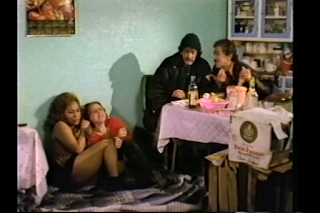 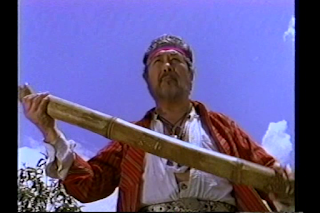 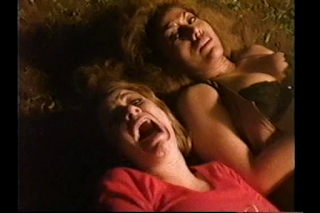 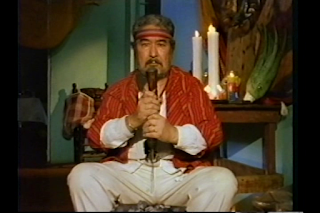 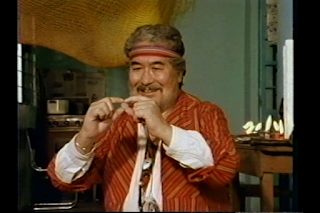 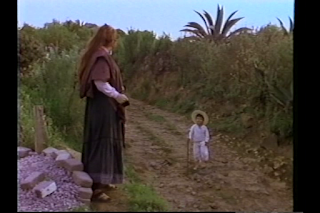 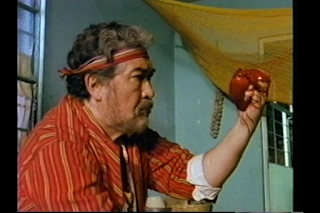 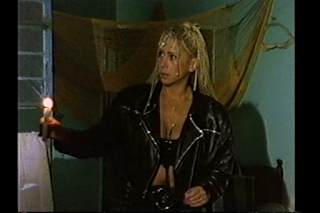 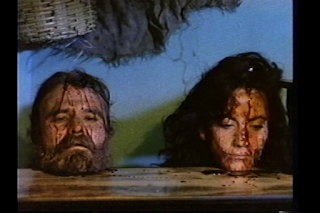 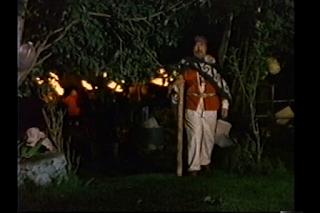 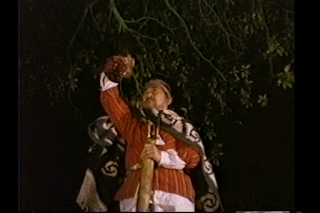 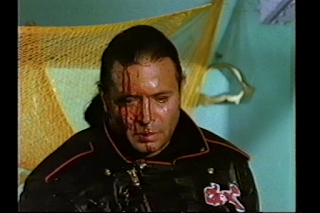 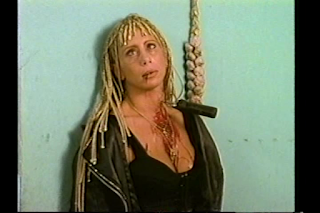 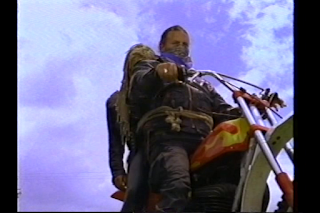