In the opening credits we see a group of cheerleaders spell out with their shirts “Televicine SA”, then they spell out Luis Miguel’s name and the title of the movie. They also scream & shout at the arrival of Luis Miguel in Acapulco (wearing a red hoodie & very white pants) as he sings the theme song of the movie “Fiebre De Amor”. Once Luis Miguel has settled in Acapulco for the big concert he's performing—it is surely a big deal for these teeny boppers attending the concert because they would probably die for Luis Miguel because he is Luis Miguel after all. Lucerito plays a fan girl of Luis Miguel’s and longs to be with him. She imagines scenarios where she meets him, gets into quirky mischief with him and even getting married to him! Lucerito is excited for the concert in Acapulco and as she watches him perform live, she imagines herself with him. Luis Miguel is her destiny. Her reason of existence. Maybe.

After various scenes of Acapulco scenery with lots of (Luis Miguel) music playing and more scenes of Lucerito longing for Luis Miguel, the movie suddenly takes a “serious” turn when she witnesses a murder & robbery at the hands of some jewel thieves. By chance, Lucerito runs into Luis Miguel while taking a bath and asks for his help, they then run a lot together, Luis Miguel drives a car, the car then explodes which leads us to believe Luis Miguel has passed on, but of course he doesn’t die because Luis Miguel can never actually die. Does he end up saving the day? Well maybe so, because after all, Luis Miguel is the sun that shines so bright & so perfect.
Long ago, I found a VHS copy of Fiebre De Amor (also known as “La Primera Vez”) at a weird thrift store that sold bullfrogs, fish and all kinds of goodies that freaks like me would show any interest of. I had gotten some pretty good movies from that place one summer day and even a free cold can of Pepsi from the shop owner because it was very hot inside. There was also a nice couple at the thrift store with several strange movies in the boyfriend’s hands. I liked this couple. I hope they got married & have 7 children by now and still buy crappy movies at thrift stores.

So anyway, it took me a long while to finally watch Fiebre De Amor and I only remembered having the movie because I had gotten an interest in watching the Netflix series “Luis Miguel”, the most self-absorbed, dramatic show ever. In episode 9 of the show, they are filming Fiebre De Amor and Luis Miguel struggles to lip-sync his singing scenes. Finally after watching the actual movie itself, I can pretty much say Fiebre De Amor is the most pointless movie ever made. It’s so dull since a lot of the scenes drag on for too long and half the time watching it, you’re not even sure what the hell is even going on other than Luis Miguel singing around Acapulco and Lucerito longing for him. The movie does get kind of interesting once Lucerito runs away to safety with Luis Miguel, but even then it just dragged & dragged and Luis Miguel’s overall presence In the movie is kind of irritating because even in a fictional movie about him, he’s still so self-absorbed & does very little in the movie other than sing and smile a lot. It was all a “me me me” kind of thing while Lucerito is seen as a typical fangirl who gets her dream come true due to fucked up circumstances. God..
The music in the movie isn’t bad, but very corny of course. This is definitely music for 80’s Mexican adolescents. The opening song which is also the title of the movie “Fiebre De Amor” is not a bad song at all. It’s pretty chill and makes me feel like I’m at a shopping mall in Mexico circa 1985. The other song “Acapulco Amor” is very cheesy and could probably be featured in an 80’s narco movie set in an Acapulco nightclub (maybe at Baby O?). “Todo El Amor Del Mundo” has a catchy beat and it’s the popular song of the soundtrack featuring Lucerito. It’s catchy sure, but still corny as hell just like the rest of the soundtrack.

Fiebre De Amor is the 2nd movie Luis Miguel shot with Rene Cardona Jr and it was pretty successful especially with Lucerito starring in it. I have yet to see the first movie Siempre En Domingo, but it’s only a minor role where Luis Miguel just sings in the show that the movie is based on. Now Luis Miguel’s first movie is Ya Nunca Mas (directed by Abel Salazar!) and it is supposed to be a decent drama I hear & I hope to see it one day. Luis Miguel hated acting, so he never made an appearance on the big screen ever again after Fiebre De Amor despite his ultra-crazy father/manager wanting him to star in another movie. Fiebre De Amor really took a lot out of Luis Miguel playing Luis Miguel because It’s hard being Luis Miguel after all.
I can’t really say I hated Fiebre De Amor, but I wasn’t very into it or excited about it either. As I said before, it’s just pointless, dull and Luis Miguel is very self-centered in this darn of a movie. Might as well just called the movie “Luis Miguel goes to Acapulco” because that’s really what the movie is about. Lucerito getting with Luis Miguel? That’s hardly ever the main focus of the movie, yet it’s supposed to be a cute little first romance type of movie (haha).
If you ever come across Fiebre De Amor airing on TV or being sold at a weird thrift store and if you’re very curious about it, then go right ahead and watch it. You don’t have to though that’s for sure. It is a movie you can live without watching or even watching it ever again. You can also live a happy & full life of not ever being another crazy fan of El Sol De Mexico: Luis Miguel.

I do recommend watching his Netflix show “Luis Miguel La Serie” because it’s definitely cringy, hilarious, exaggerated, dramatic and interesting. It is also an authorized portrayal of Luis Miguel and further proves how truly ego this man is. He has a show all about himself! Wow! 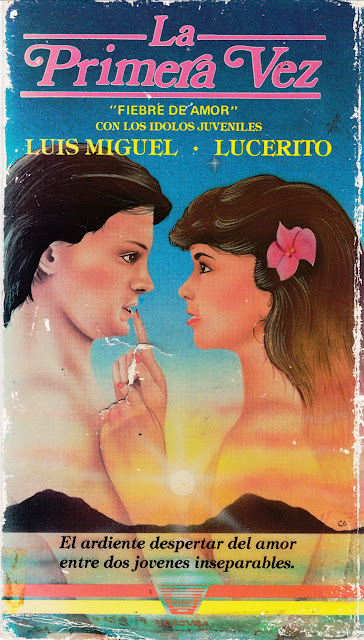 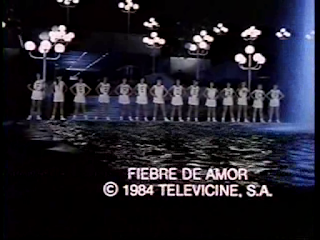 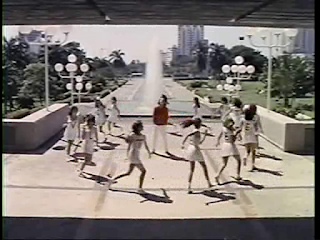 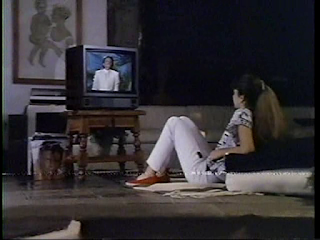 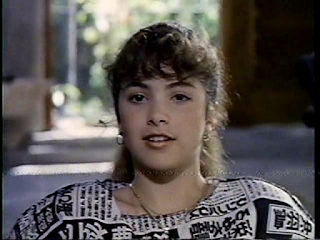 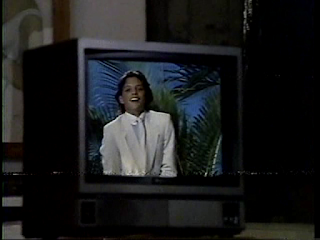 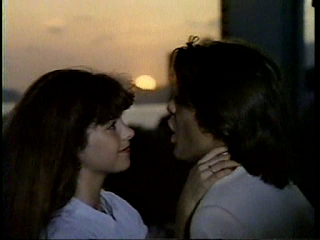 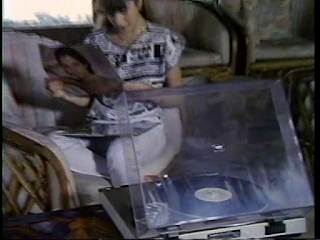 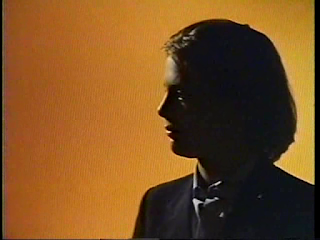 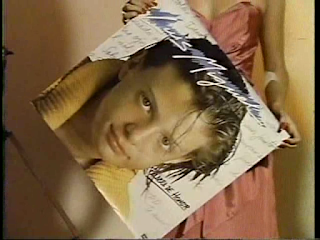 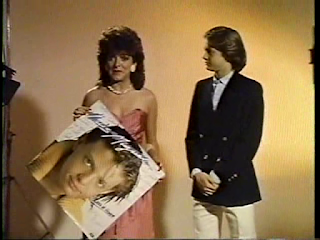 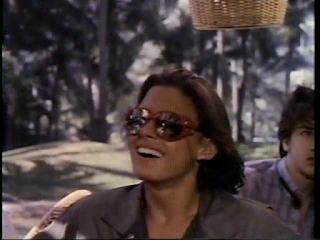 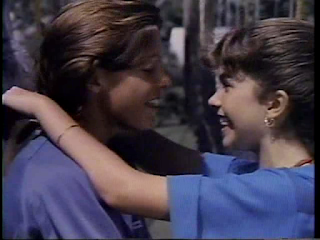 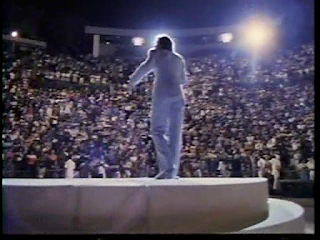 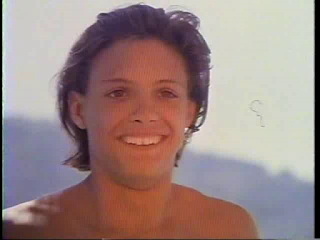 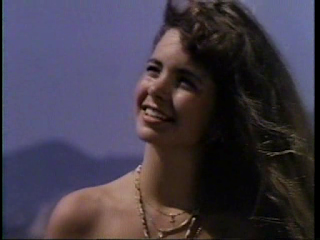 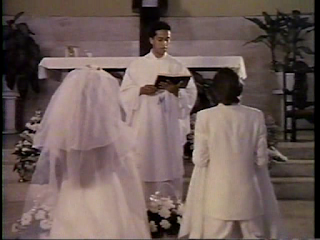 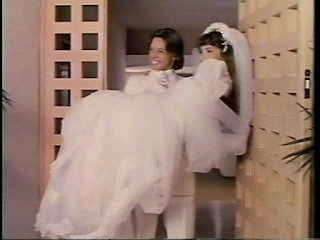 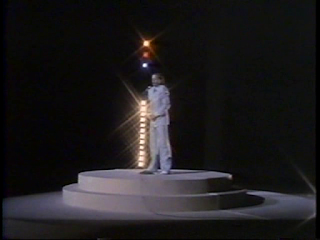 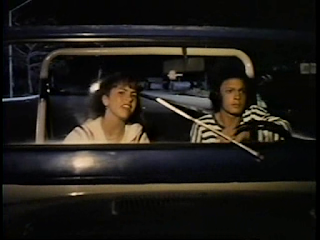 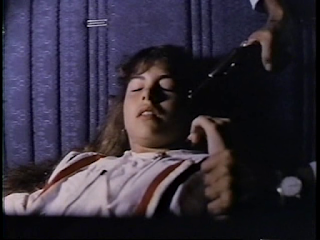 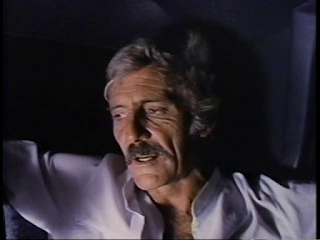 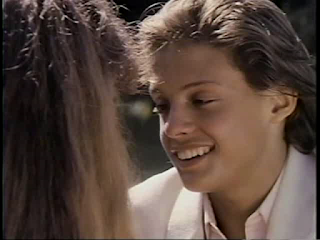 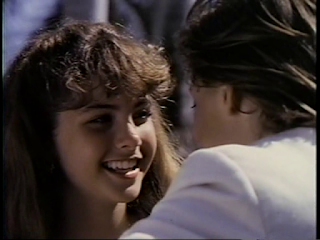