In Super Mojado we meet Tacho (Hector Kiev). Tacho is a Mexican immigrant who’s been in Los Angeles for 5 years and lives with his unusual aunt (Ana Luisa Peluffo) & cousin (Raul Padilla "Choforo"). Tacho has a hard time trying to find steady work since he lacks speaking English & has no papers. When Tacho at last gets a job at a clothing factory ironing clothes, he finds out that many factory owners are partnered with La Migra. They hire illegal immigrants and when it’s payday, they get the workers deported & keep the money that the workers were to earn! When Tacho catches word of this and grows tired of his fellow mojados getting treated unfairly: he becomes the protector for La Raza. Tacho puts together a costume from old clothes and becomes Super Mojado! Super Mojado saves immigrants from being deported and trying to fight off La Migra & the unfair factory owners!


The first time I ever heard of Super Mojado was when I found the hilarious cover at Movie Island. Sadly Movie Island didn’t have the tape, so it remained lost for me for quite some time till finally I acquired a copy on eBay.  For some reason, I didn’t really think much of the movie at first. I didn’t really get into it and I thought it was generally bad as well. Now that I watch it again, It kinda grew on me. I mean the movie is no I Vitelloni or Spider-Man, but Super Mojado is mildly fun, quirky trash. Very obscure as well.

From 1992 (not 91' as IMDb lists), Super Mojado was played & written by Hector Kiev who’s definitely no stranger to movies about Mexican immigrants since he not only wrote this movie but also Con El Odio En La Piel, Mojados De Corazon and Arizona. IMDb claims Rami Rodriguez directed the movie, but it was actually Jon Michael Bischof. Yes, Dino PJ dude of Don’t Panic and cocaine addict character/director of Ratas Nocturnas. Incredible, right? The movie also stars the legendary Ana Luisa Peluffo as Tacho's aunt who's extremely weird. I assume she's just an old crazy woman? Alcoholic? Both?? Then there's also the Mexican comedic/singing duo "Huarachin" & "Huarachon" who sing one dumb little song and do weird comedic bits for cheap laughs. They also own a Polaroid camera which comes quite handy in a certain scene. Incredible, right?


Super Mojado is worth a watch if you’re into cheap superhero stuff and into movies about Mexican immigrants living in the USA. Like I said, the movie isn’t exactly well-made, but it’s still entertaining in the least bit. It tries. It has guts in it. Worth a watch or two. 5/10. 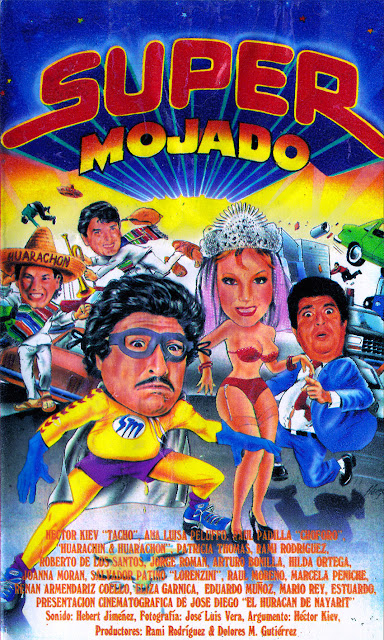 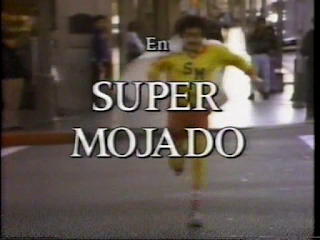 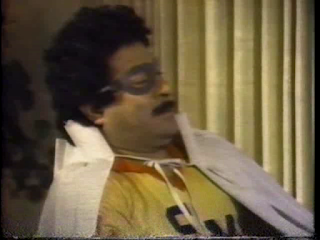 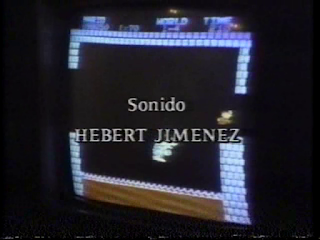 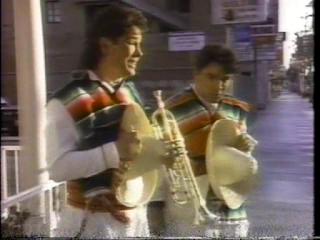 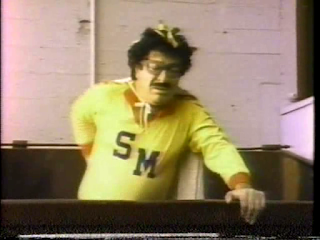 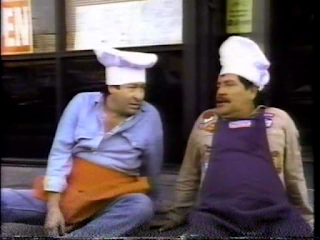 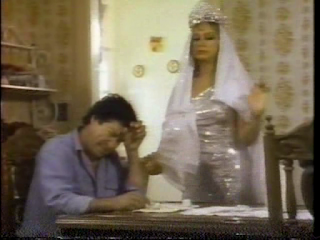 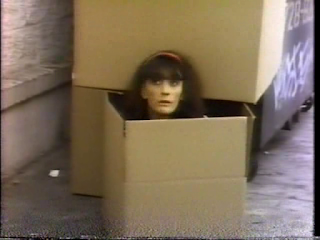 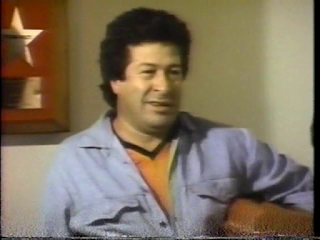 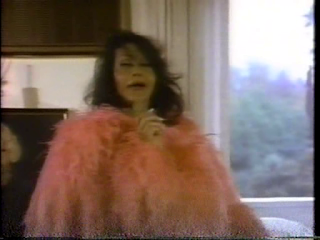 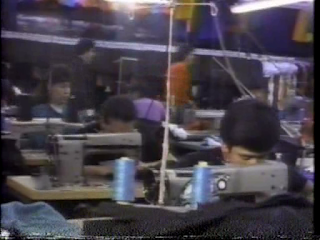 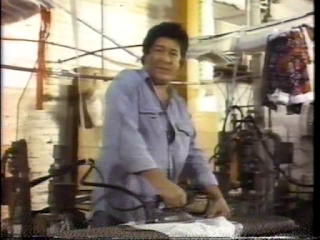 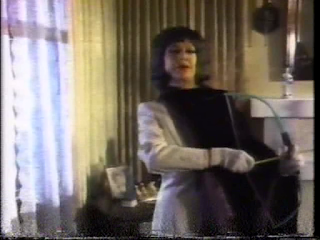 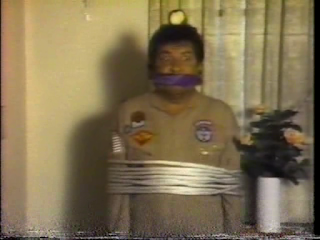 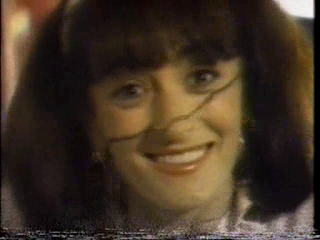 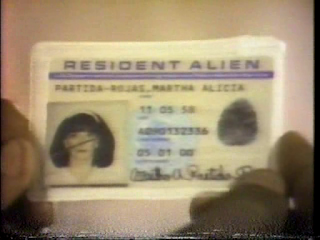 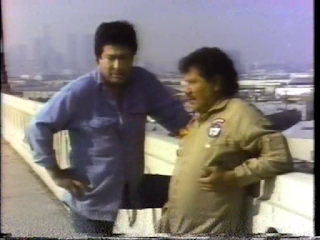 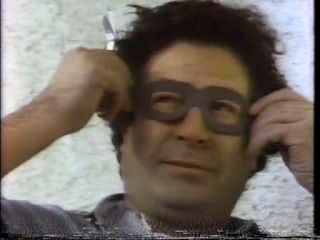 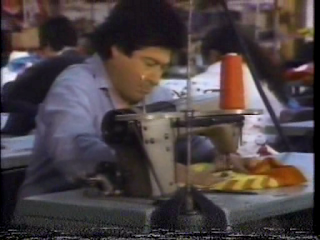 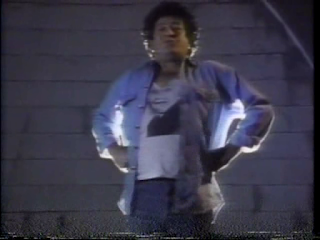 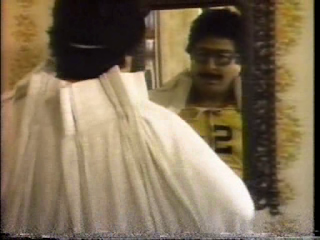 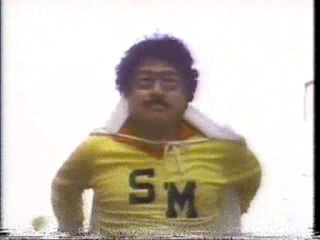 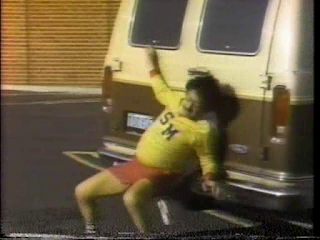 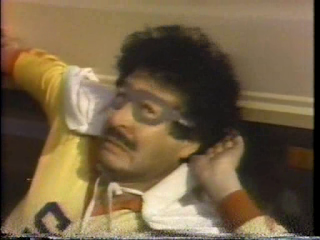 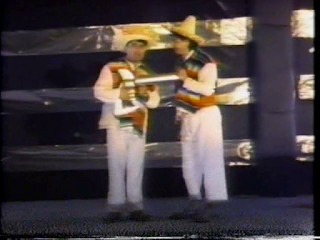 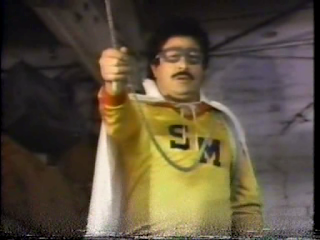 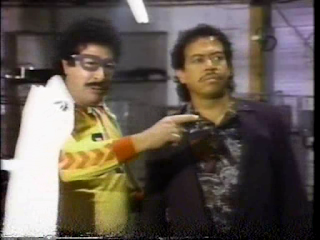 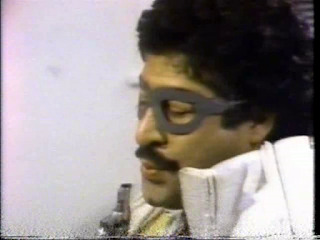