RIP Margarito Esparza, or as I knew him "Payasito".

On Sunday evening I got word that the actor that portrayed Payasito in my all time favorite trashy horror Mexican movie Herencia Diabolica passed away at the age of 80 due to complications of pneumonia. Margarito Esparza was his name and was well known all over Mexico. He was a comedian for years and appeared in a hand full of movies & TV shows. 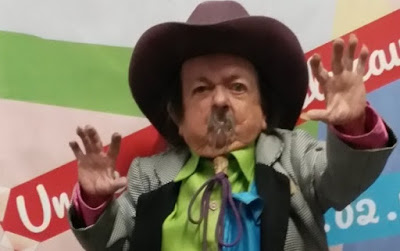 As for anyone that's been following the blog, Payasito from Herencia Diabolica became a mascot of the blog since he defined the point of the blog, which of course is Trashy Mexican Films. Payasito was an out of this world character since he was a black magic possessed clown doll that kills for the hell of it and lusts for beautiful blonde women such as Lorena Herrera (whom appeared in the movie, duh). What made Payasito so intriguing & entertaining is that he was portrayed by a small man. Not just an ordinary small man either, but a well beloved comedian! Amazing. 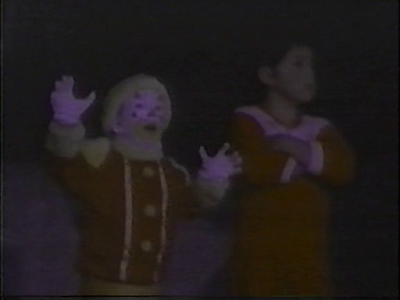 Herencia Diabolica is no longer lost in obscurity thanks to my 2010 review and lots of shares online via GIFs I made for Tumblr. Other reviews have popped up online as well. Who provided the copies though? I did. I did it out of love of course. I want everyone to love Payasito. I want them all to know who he is and what he stood for. Payasito will make you laugh but will scare the hell out of you as well. The other killer dolls could never step up their game like he did back in 1994.

Thank you, Margarito Esparza. You played one hell of a killer clown doll & you made millions of Mexicanos laugh with your humor for decades.

Rest in Peace & see ya on the other side.