Wow, I haven't been on here since October!  I been super busy with "responsibilities" and all. Do people still blog? Hmm... Well, I have some free time today so that's why I'm here writing this post with several things to share.

First up is finding out my fave video store has closed down. Movie Island (located in Pomona, CA) was its name and it was a store that I have been familiar with since I was a child. 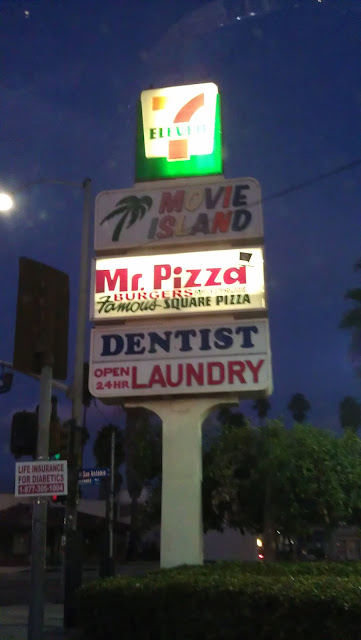 It was one of a few stores my awesome mom would take me and my older brother to rent movies at. Many, many years later, I would one day visit there and saw there was still VHS there! It amazed me since it was at the time my cravings for movies in the analog format was strong. I originally wanted to rent, but the owner told me would I just rather buy instead since he wanted to get rid of them. Naturally, I bought the VHS' I originally wanted to rent and from that day on, I frequently bought from there whenever I could. The Mexican section was mine from day one. All those tapes from that section went home with me (except for a few that disappeared). I stopped going there around late 2013 when I was in the process of moving to another home. By then, Movie Island was not offering me anything good to buy since I pretty much got all the good stuff. Then during the summer of 2014, I went there randomly to see how the store is going and just maybe see if there was anything I could buy. The owner, who was a great guy and remembered me (just never my name), told me he sold his remaining tapes to a guy from a nearby city. I was happy to hear that considering how he would always tell me to buy his remaining tapes. He really wanted to get rid of them and have the space for his DVD's & Blu's. That was the last time I went there. 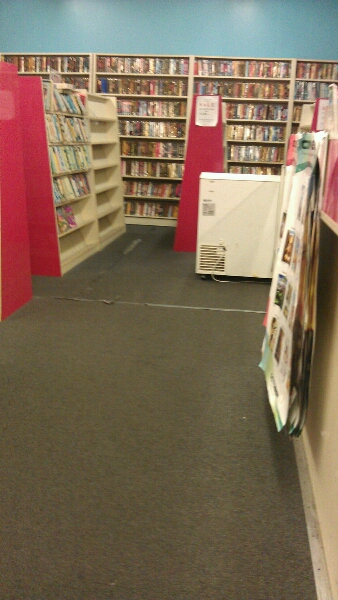 Movie Island is dead & gone and I all have now from it is memories of going there & the tapes with their holographic security stickers on them. The plastic cases as well. 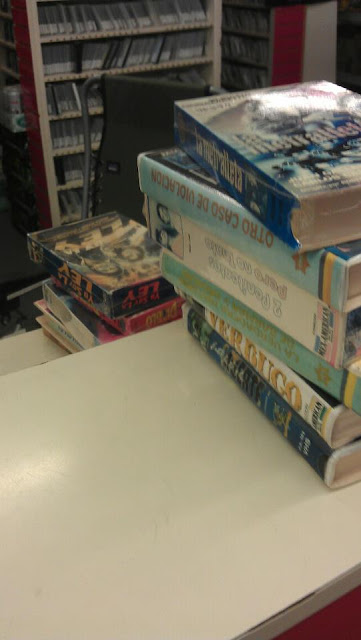 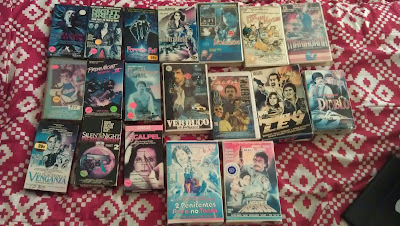 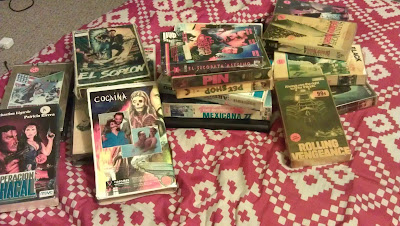 You will never be forgotten! Your death will be avenged! 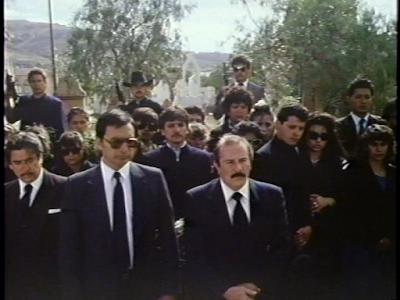 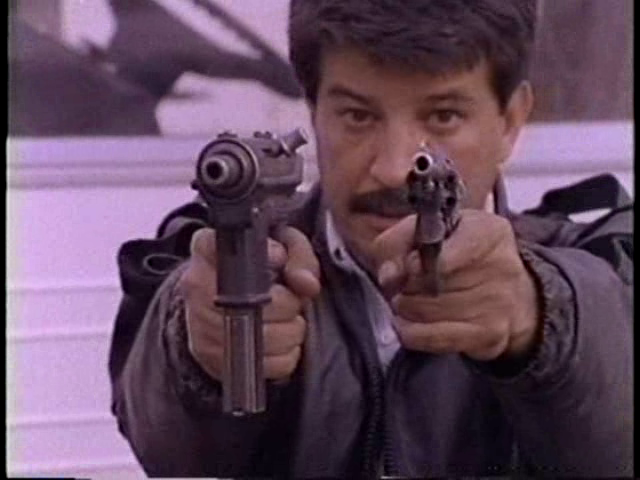 Something else special to me has also passed on.... My DVD Recorder which I used to transfer my tapes to DVD-R's. It started to act up in November but I somehow managed to fix it by pushing buttons. Several weeks later it just stopped working and nothing can be done for it, except get rid of it of course! It's okay though, it can be replaced and I will do so in the coming weeks.

Does this mean the blog will come back from its hibernation? Perhaps. There are days when I want to make review posts again honestly. I have been wanting to share some of the cool stuff I have been watching, but I procrastinate (duh) and/or just never have the time for it. Luckily I was able to share Invocacion Satanica in October. That movie is bizarre, man.

Anyway, enough of my ramblings of loss. I'm gonna share with you some of the tapes I've acquired and really, really liked! Hope to make reviews for them soon. One is actually ready to go, just need the screenshots for it! 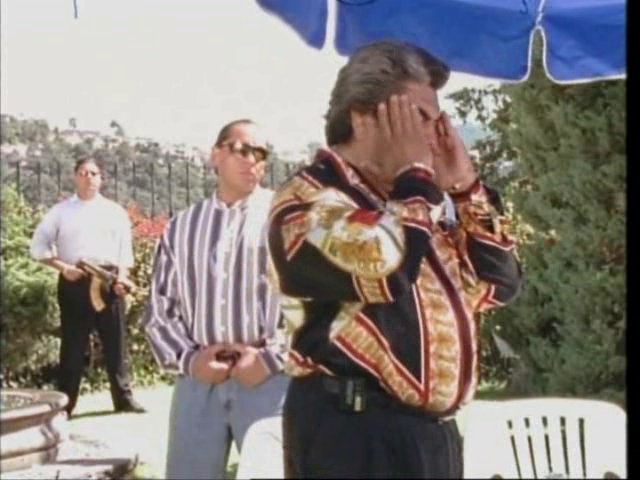 Mafia En Jalisco II (1991-1992)
Duuuuude! I still can't believe a sequel exists! I became aware of a sequel when I saw the trailer in a long gone forgotten tape. Oh my! What a movie! It has plenty of action but boy does the movie fail to please in the end. It's like they didn't want to end the story with Ernesto Gomez Cruz just getting arrested. They really wanted him to end in a much more dramatic way. The movie also lacks Whitney Houston music. Oh, well. At least I was happy to see this sequel. 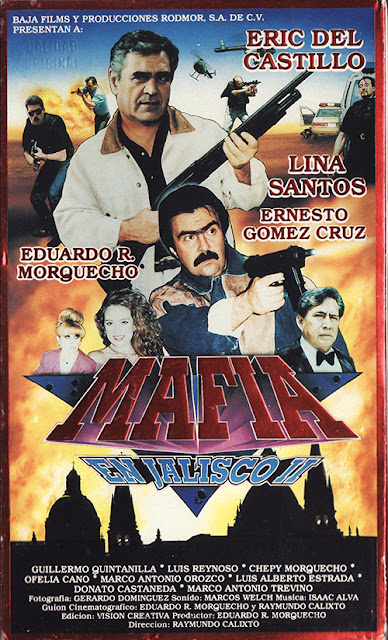 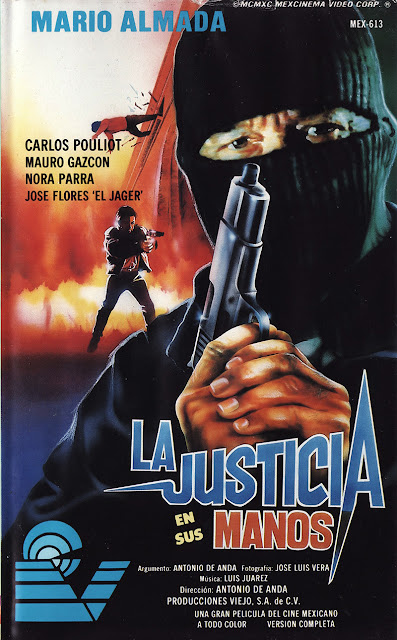 Fuga Al Destino (1991)
Basically a Mexican videohome version of Thelma & Louise. Lina Santos and Eva Garbo? A match made in heaven! I dug it a lot. Review coming soon hopefully! 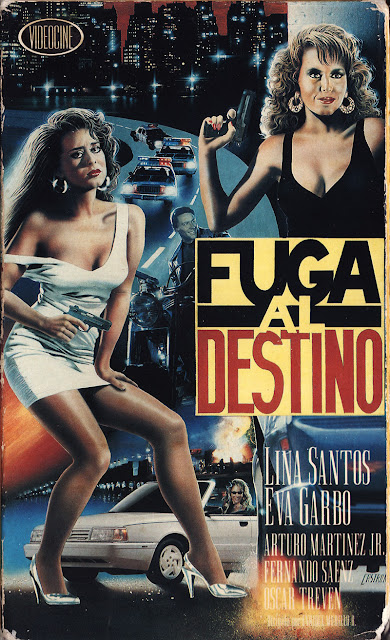 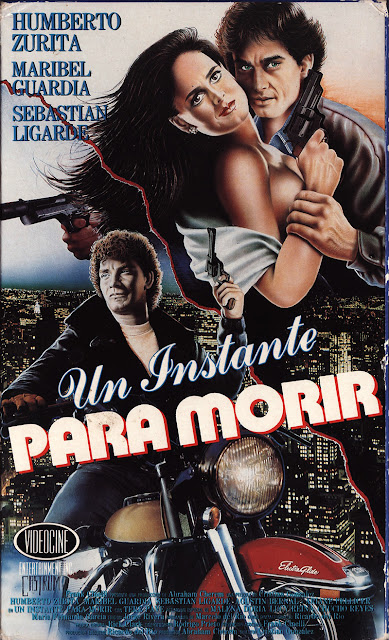 Ratas De Barrio (1997)
Valentin Trujillo moves into a new town to be a principal of a troubled school. Violence happens and lessons are learned. Naturally. 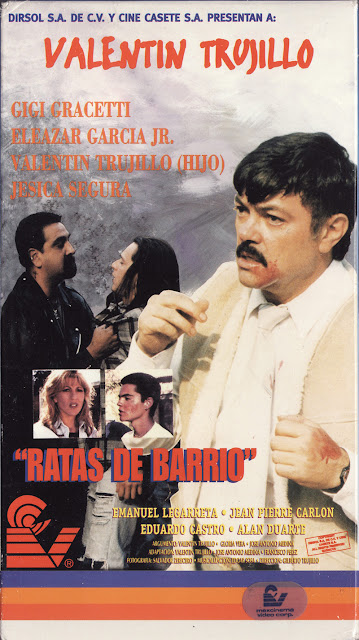 El Secuestro De Camarena 2 (1987)
A follow-up that pretty much has nothing to do with the first movie other than the opening scene. Jorge Reynoso steals the movie by playing a drug kingpin by the name of "Alberto Panama". Alberto Panama is badass for sure. I really liked this one! 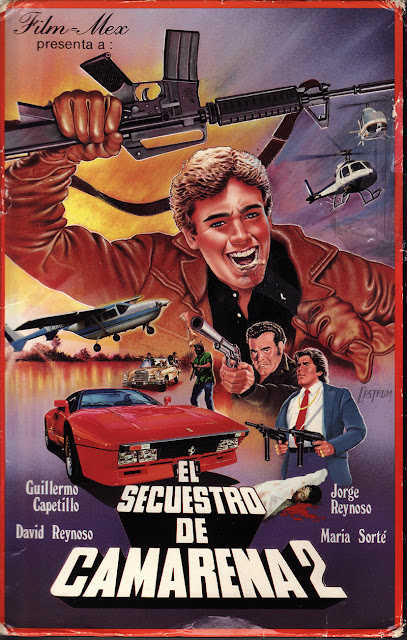 Los Apuros De Un Mafioso (1989)
Weird comedy about a criminal played by Jorge Reynoso. Apparently his character makes love to women so great, they K.O. after the lovin'. Weird. 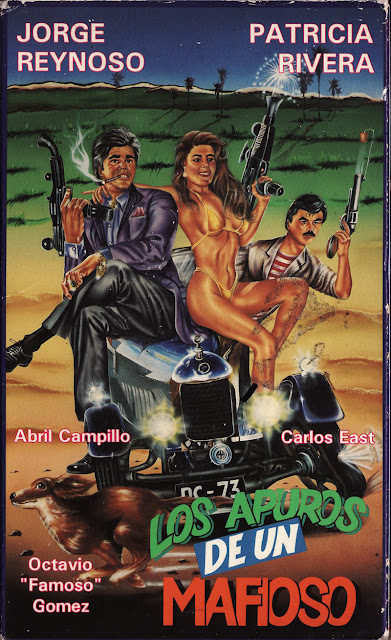 Asesinos (Comerciantes De Niños) (1990)
Another match made in heaven. Jorge Reynoso and the late Jorge Luke partner up to find their kidnapped sons. They have to fight organ traffickers to save them! Really great plot and action. 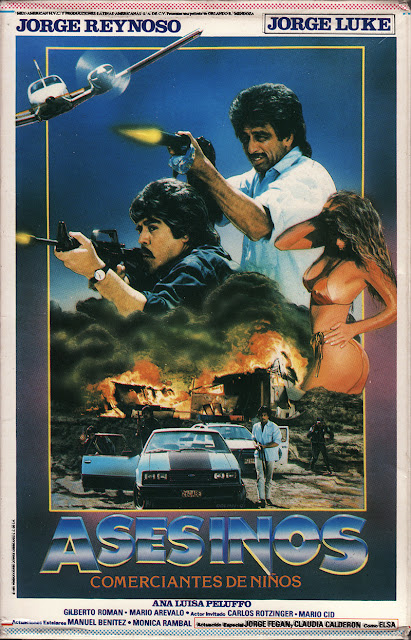 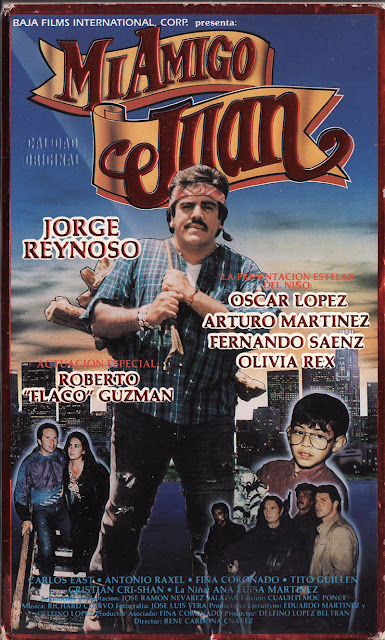 Marcado Por El Odio (1989)
A Paco Del Toro movie I somehow have ignored until now. Eric Del Castillo kills his wife. His son lives with his uncle who hates him. The kid grows up to be Jorge Reynoso (or a cop) and the abuse he had to witness and go thru affects him in his every day life. He argues with co-workers, beats people up and has frequent nightmares of his mother's brutal murder. Sooo much anger & hate! When he finds out his father is alive and living a new life; Jorge Reynoso wants his revenge but will he do so? Probably not considering his childhood sweetheart whom now is his girlfriend tries to help him to forgive by reading him The Bible! 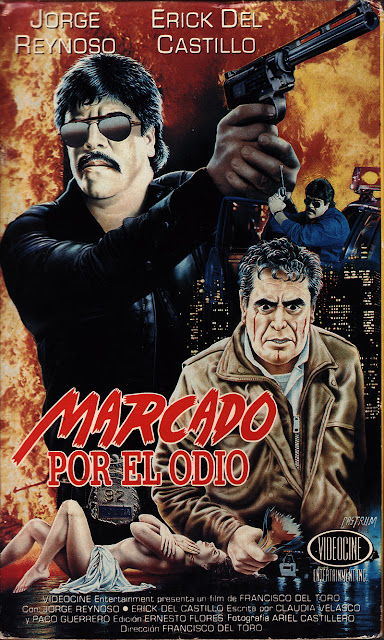 Well that's all I gotta say for now. Hopefully this blog will come to life again because I sure do miss it and there's a lot I still wanna share with you all. Mexican cinema from the 80's & 90's needs to be more known of and it's pretty much up to me to show it off since no one else really wants to or care to anymore. See you soon! 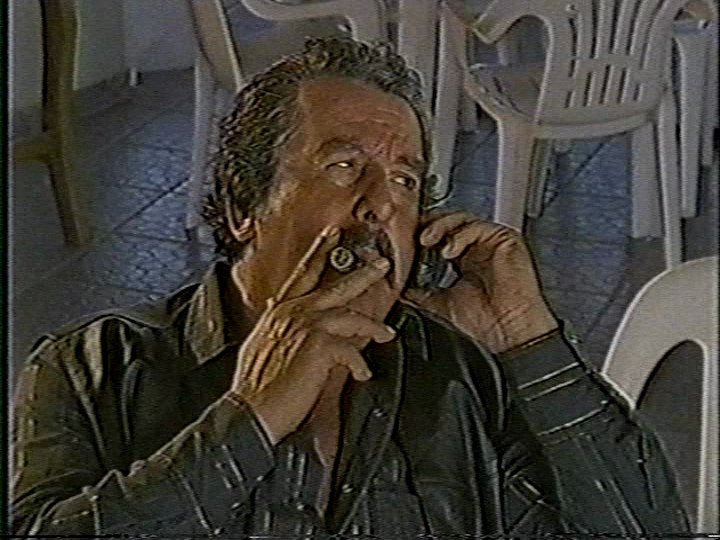