2019 was quite the year. I worked so much since my new job position had me running in circles and for so many hours & days. With the money I made working all these long hours & days, I was able to travel & do many fun things by myself and with friends as well. I had good times and some crazy ass times as well. One crazy ass time being something out of a cheap & raunchy movie starring Alfonso Zayas. Let’s just say it involved lots of alcohol, an illegal substance and a girl whom just had an illicit affair with a girl friend of hers and then did me. Maybe one day I’ll make it into a movie. Maybe. For now though, the story will be shared amongst friends & acquaintances during drunken nights. 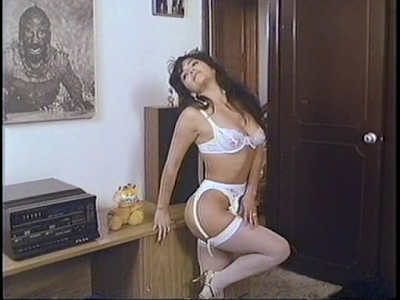 Aside from the craziness and fun days out & about, I was blessed to talk & even meet with people in the Mexican movie industry. I interviewed director Leopoldo Laborde in the beginning of the year and that was pretty damn cool. He gave insightful & detailed info of his career and the industry itself. I thank him again for this opportunity. Then came some other individuals in the industry that I will share on here in the coming year and I am beyond happy how this will turn out. Again, it’s awesome to get closer & learn from these people who have made these movies that I have obsessed over for 10 years now. Eesh.


During the summer, I met Luis De Alba! Juan Camaney! I attended his comedy show in a city near me and it was the coolest thing ever. Luis De Alba put on a great, hilarious show playing his famous personas. After the show, he had a meet & greet and once my turn came about (I was one of the last people to meet him) it was the most surreal & epic thing ever. Here he was in the flesh, shaking my hand and he got so happy to see the tapes I brought for him to sign. He got so happy to see the copy of Son Tus Perjumenes Mujer because that was his first leading role. He then talked to me for a moment about his career and how he once had a lot of his movies stored in a large van, but the van was sadly stolen and never retrieved. He was so shocked to see a copy of El Lambiscon Verde and said he didn’t even own a copy of this movie ever. The VHS copy of Juan Camaney De La Mafia also made him laugh. It was a great moment meeting Luis De Alba. A day never to forget!


In August, I saw Juan Valentin perform in a restaurant in Montebello, CA and had a chance to meet him as well! It was very briefly, but still great. He signed my VHS copy of Funerales De Terror and my Intrepidos Punks lobby card. He was surprised to see both items and simply said “hijole” each time. He then got surrounded by crazy lady fans telling him they can die happy now that they have met him. It was crazy to hear that, but very humorous.

When it came to movies, of course there was never a dull moment with that! I watched & bought so many good movies this year. I even saw some great stuff on the big screen! In July, I attended a AGFA screening of Ruben Galindo Jr’s Don’t Panic at the Billy Wilder Theater In LA. It wasn’t my first time seeing Don't Panic on the big screening since I had seen it before at Cinefamily many years ago, but it was nice to see it again and with a much bigger audience & at an important theater as well. 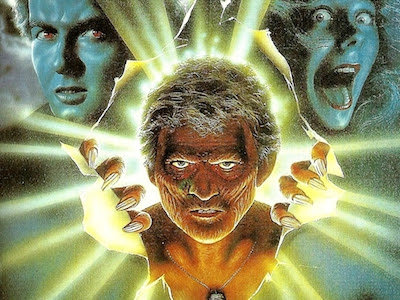 When Fantastic Fest announced their theme as being Mexican, I was stoked and excited to hear they were going to screen some classic Mexican genre titles on the big screen! I then packed my bags & headed to Austin, TX and was lucky to see La Nave De Los Monstruos with my good friend James Milam. Along the way, I met with my good friend Grant & Zack Carlson and hung out and ate some awesome food out there. Then on my final night in Austin I saw Trampa Infernal. “Trampa Infernal on the big screen? Really?” I thought to myself. I basically did what my parents did long ago at the Pomona Fox Theater when they were barely dating. This was one of the Mexican movies they told me they saw together back in the day. Weird, Huh? Cool though for sure. After Trampa Infernal, I met some awesome people! I met Eric Ortiz Garcia of Cinema Inferno and he introduced me to head programmer of Morbido: Abraham Castillo Flores whom by the way gave an amazing presentation on the Mexican Horror genre at Fantastic Fest. It was super informative & fun. Then suddenly I met director Gigi Saul Guerrero that very same night and she was so down to earth and I was proud to meet her since she’s doing some amazing things in her career. All this awesomeness during a weekend in Austin. Damn. I also cannot forget to mention that during the pre-shows at FF, some of my Trashy Trailer uploads were shown on the big screen! It was hilarious & awesome to see them up on the big screen. Sergio Goyri made it to Fantastic Fest that way. Sorta.

I had wanted to write more reviews and articles, but as you can see, I had a lot going on outside the blog and eventually my computer was also in decline so it really was hard at times to come up with a post this way. I did happily get a new computer for my birthday and it’s gonna be the best thing ever for the blog and its future. Blogo Trasho will be no more in the coming year (at an unannounced time), as I will be changing the title of the blog to simply “Trash-Mex”. It’s something I have been debating on doing, but with the new decade coming and other amazing things coming, it’s time for a change & a fun name to really catch on. For those who have kept with this ridiculous little blog called Blogo Trasho, I thank you so much for keeping up with it. Next year will be amazing and have so much more Trashy Mexican content to share. Promise. Oof.


With all that and said, here are the Top 10 Blogo Trasho Movies of 2019. I picked these 10 and 3 honorable mentions because these are the movies that I found so intriguing and even others took an interest in as well.

10. El Diario Intimo De Una Cabaretera (1989)
A super dramatic movie infused with so much sleaziness & a great cast. Angelica Chain is so good in it. Vamos A La Playa will never be the same. 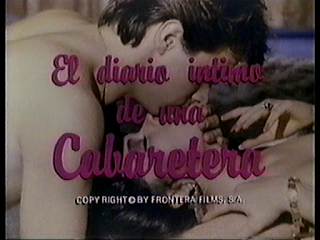 9. La Perra De La Frontera (1993)
When I spoke to the producer of La Perra De La Frontera, it was the most hilarious thing ever. He basically gave me all the dirt on the making of the movie and it just made the movie more interesting to me. This peculiar videohome shot in LA is awaiting its audience. I hope one day I meet someone else who enjoys this movie as I do. Eventually get more people into it as well. 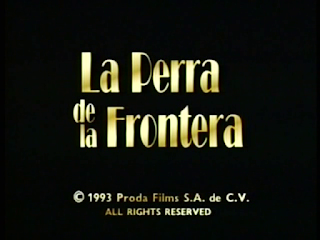 8. El Descuartizador (1991)
Jorge Reynoso goes insane, kills his family, escapes a mental facility and proceeds on wanting to become his doctor whom he thinks is the most smartest person ever. Yeah, this was a fun watch. It was also fun watching Jorge Reynoso in a skin mask. It was also funny that the late Edith Gonzalez shared my VHS cover of the movie on her instagram and called it “one of the worst movies I’ve ever been in”. 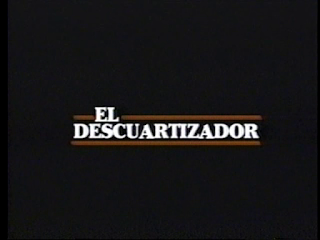 7. Rescate Mortal (1989)
Jon Michael Bischof has the best summer ever. Jorge Reynoso plays the son of Che Guevara. I think. 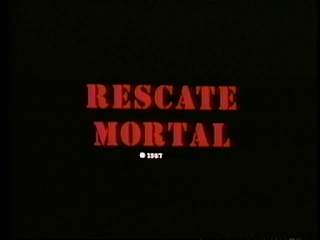 6. Lencha La Taxista (1990)
Lencha saved me from having a broken heart over a girl who I think is super fucking lame now. Thank you Lencha. Also, Roma isn't such a bad movie after all, but I still fuck with Lencha La Taxista much more heavily. 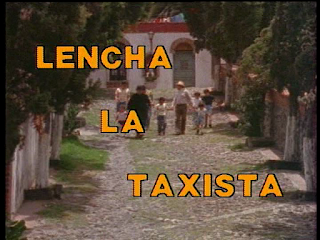 5. Vacaciones Sangrientas (1986)
A Mexican slasher I’m happy I was able to acquire & write about. A first for sure. 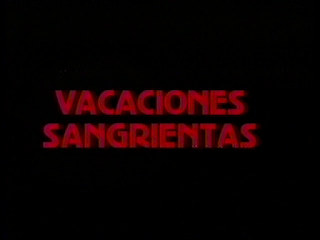 4. Las Fabulosas Del Reventon (1982)
One of the funniest movies I’ve seen all year. I laughed so hard watching this movie cause of its raunchy jokes & stupid jokes. I also became obsessed with La Sonora Santanera because of this movie. La Boa forever. 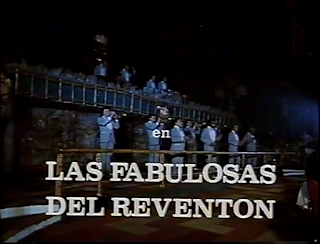 3. Ultraje (1977)
Ultraje is a movie I could not get out of my head after watching it and have recommended it to many people. This proto-slasher/rape revenge movie is a must see to believe. It’s so twisted & fun as hell. 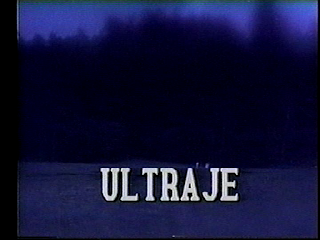 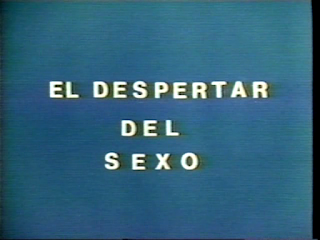 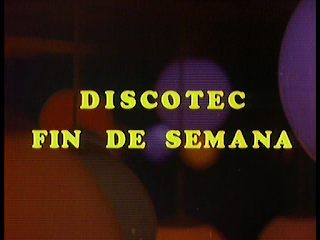 3 Honorable Mentions (in no order) 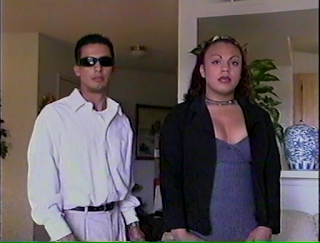 - Los Enredos En La Casa Blanca (1999)
Alberto Rojas El Caballo out did himself playing Bill Clinton in this ridiculous parody of the biggest presidential scandal ever. Roberta d’Nero also outdid herself and made me very happy on the inside with that amazing face & chest. Just saying. 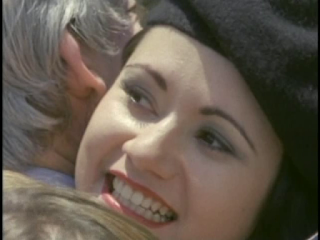 - Por Tu Maldito Amor (1990)
As I get older, I finally understand all these old drunken uncle songs & the emotions that goes with them. The movie is also really good. 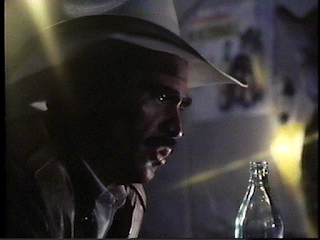 With all that and said. 2020 and beyond will be awesome. What surprises will be in stored? Let’s hope some good surprises and good people to come along with them. For now though, I’ll be working hard and flirting with your girlfriend. Maybe she’ll become my girlfriend, but I’ll let destiny decide on that first. This song by La Sonora Santanera sets an example of that.