After going through lots of new tapes, drinking 5 beers & 6 kamikaze shots with friends and having a terrible hangover the morning after; the 31 Trashy Trailers are here at last. These are by far my favorite that I've compiled. A mixture of every sub-genre and one after the other equally weird & trashy and fun as fuck. Enjoy them till the next time around. 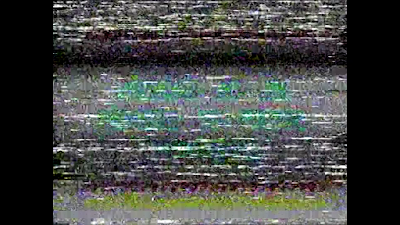 Juan Nadie is one of my new favorite Mario Almada movies. It's an epic little western with a great story and cast. The trailer only gives you so much of its awesomeness. You must see it all to believe.

I've heard about this movie for many years, but never seen it. The trailer impressed me with its mixture of basic narco shit but with a gay twist of sorts. I guess it's supposed to be funny, but it comes off more serious though!

Los Razos were like the biggest group ever back in the early 2000's. I remember my father and his friends blasting their music and drinking like there was no tomorrow. Los Razos were featured in quite a few movies and even had their songs portrayed in films as well. Amazing.

Not exactly a Mexican movie, but the trailer was found in a Mexican movie tape. I couldn't resist. I had to show this one off. It's such a strange looking movie. Also, that "Hector" guy is in it. I ran into "Hector" at LAX over the summer but wouldn't admit to me he was an actor, hahah.

Don't you just love the music in this trailer?

Every city is a dog city.

Luis De Alba in the 2000's was someone else. He was funny still, but the movies he starred in then weren't very good. This is an example of that.

This movie looks familiar. Oh, that's because perhaps it was shot back to back with El Cuerno, El Ancho y El Sancho.

This Ruben Galindo Jr thriller is pretty insane. I have been blessed with 2 copies of it.

Halcones De La Frontera is a great movie. It was so popular back then that 2 sequels were made. Part 3 brings back Tony Bravo's character, but played by Agustin Bernal. If that makes any sense.

8 Malditos is a great movie. Read my review HERE

There's 3 of these movies. I wanna see them all. Sorta.

I love the final shot of this trailer.

This title is dramatic.

This looks really good. It seems its readily available on DVD as well.

I've heard good things about this one. The trailer is convincing as well.

I remember this movie since I was a little kid and loved it. The song is also ridiclously catchy. Love it.

I think I owned this movie at one point. It was okay.

It's the most exciting movie of the year. Come 2020 maybe.

This movie was for sale on Amazon for 78 cents plus shipping. I bought it of course.

This movie is a good time all around. I laugh so much at it. It's great!

This movie looks insane. I must see it.

This looks so good, Sasha Montenegro is forever a babe.
Written by raculfright_13 at 7:16 PM