Even though I haven't written for the past couple years, I never stopped collecting these Mexican tapes because these movies mean a lot to me. They been there for me in the good times and in the worst of times. As these past 2-3 years have gone by, I acquired so many tapes. Some I wanted, some I really wanted, some I didn't expect much of and some that were plain awful. Still though, my collection is happiness. I parted away with some stuff and some stuff will stay with me till I'm six feet under. However, with the parted stuff, I convert them into DVDs which I treasure and love to share with some people from time to time. I of course save the trailers in separate discs. This compilation of trailers was over 59 minutes. I excluded one trailer however because it will be put in something else I'm working on (more on that later!). Please enjoy these amazing trailers of Mexican trash from the 80's and mostly 90's. RIP Mario Almada, Agustin Bernal & Payasito. Rubio El Gato forever. Long Live Jorge Reynoso. All Hail guns & big hair. Expect more trailers soon. This is just the beginning. I have created a youtube channel again and hopefully this channel survives. The Vimeo channel still stands of course. Please enjoy & subscribe. Thank you so much. I much appreciate whatever support, big or small, you give. This is for the genre though, not for me. Remember this! 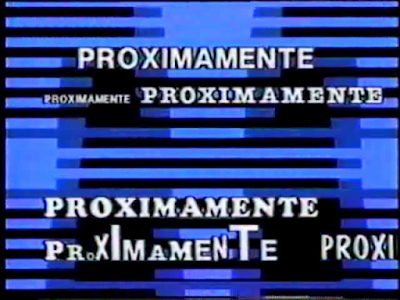 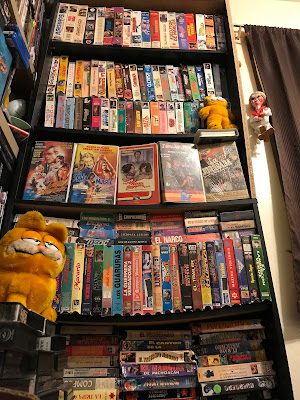 Pesadilla Sangrienta (1990)
Miguel Marte trailers are among my favorites. The action in them are just amazing. Fucking love you Marte!

Sergio Goyri forever. This looks freaking great. Love how this trailers ends too!

Miguel Marte once again. This movie is pretty damn good actually. Mario Almada is in it of course and he's great. RIP!

This trailer is more like a teaser of course. No footage of the movie is shown. Just a cheap little film of some dice rolling. Love it though.

Bring out the tissues because this one will make you cry! And cringe. I reviewed this one long ago. Read HERE.

Now these are just teasers of upcoming titles from the now defunct Baja Films label. No footage of the movies again. Just clips of other movies featuring the cast members of these upcoming titles.

Casos De Alarma: SIDA (1986)
This movie has become a big favorite of mine. A review will come real soon. This one is a real sleazy, mean one. This video contains both a teaser and a full trailer.

I actually have this movie but have never watched it. After viewing the trailer I think it is time to watch it. Looks pretty decent.

I believe this is the last of the La Dinastia De Los Perez movies. Never seen any but I've heard they're cool crime/drama flicks set in ranchos.

I like this so much. You have no idea. Or do you?

Nora Parra stars in this sleazy little drama along with Eric Del Castillo. Street gangs & all. Wow. A Must see!

This one is a good one. A review was done years ago. Read HERE.

A cheesy as fuck comedy with Lorena Herrera in her younger days. A must watch. At least for her that is.

Not sure what year this was made, but damn this movie looks great. Need to see!

80's comedy with Sergio Goyri and the late Charly Valentino. Weird combination but the movie looks pretty good. La Princesa Lea stars in it too!

Legendary Agustin Bernal wearing Chicago Bulls gear and kicking ass. This looks too good to be true. Perhaps it is, but I want to see it bad.