Last time, it was 15, today it's 14 (WOW!). 3 of them that were too hot for YouTube thus explaining why there's Vimeo videos on this post. 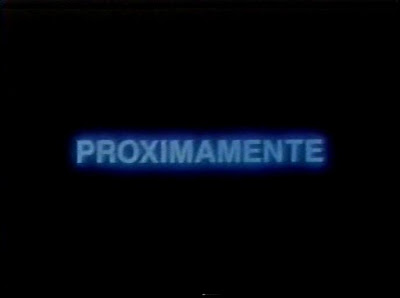 5. Hombres De Acero (1993)
Valentin Trujillo stars in this movie as a former action movie star who now trains young actors into becoming action stars themselves. The trailer is a lot better than the actual movie. Trust me.

9. Al Final De La Escalera (1997)
Time to get serious now (sorta). Roberto Flaco Guzman stars in this movie as a man who has a terrible drinking problem and tries to overcome it. This is not a Christian movie. Whoooa!

10. Las Sobrinas Del Diablo (1983)
Saw some of this on tv a while back. It is extremely cheesy, but it has Cornelio Reyna and Rosa Gloria Chagoyan. I love them both dearly so much.

11. Los Gatilleros Del Diablo (1983)
Appears to be some sort of follow up to Las Sobrinas Del Diablo. Looks entertaining.

14. El Sexo Sentido (1981)
Everyone is naked in this movie. I wouldn't be surprised if the film crew making this movie were naked as well.
Written by raculfright_13 at 3:02 PM